I went, I saw, I conquered.

Well, not quite, but close. I planned things very carefully. I went over the schedule and chose the sessions I wanted to attend. Nearly all had to do with improving my writing.. but I will admit I went to the first one, with Catherine Coulter, simply because I’ve read her since I was a teen and loved her… Not that the topic wasn’t relevant to what I write, it was Thriller and Suspense Heroes. And while I may not (so far) have much thriller or suspense, I do have what I consider heroes.

I learned about writing better, marketing, writing faster and many other things that I’m going to have to share with the people I know.

Did you go? Do you have something similar in your area?

Packing, printing and checking my lists.

That is how I’ve spent my last few days.

I’m pretty sure my printer is ready to walk out and never come back. I’ve been through 2 sets of cartridges and printed in the neighborhood of 500 book handout cards in the last week. I haven’t even counted the number of pages of paper, notes, lists and story.

I’ve packed, checked, and rechecked and tomorrow I will load the truck. I’m excited for the weekend, but more than ready for it to get here already.

I’ll see you at the Festival.

Gearing up for the Tucson Festival of Books!

We’re less than a week out, and I’ve been working on my packing lists…

Now to get it all gathered up. I’m all but shaking in excitement! I’ll have copies of all my print books there. If you see me, I’ll even sign them for you!

The Kitsune Series. These books will be $13 each or all three for $35. If you want an ebook instead of a paper copy, click on the cover and it will take you to the book’ page with all the buy links. 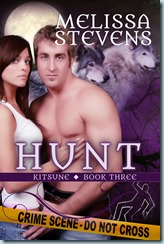 The WMC series. This book will be $13 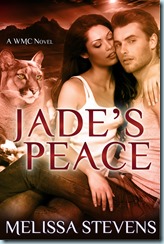 As well as my stand alone novel. This book will be $12 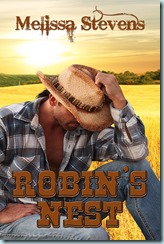 What I won’t have with me…. copies of my ebook only prequel to Jade’s Peace. Here’s the cover and links for where to buy it (it’s only $.99!) 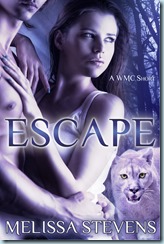 My experience at the Tucson Festival of Books

I ‘m sure I’ll be talking about the Festival and what I learned for some time, but first I’ll give an general overview. I had never been to the festival before, I’ve never been to a conference before. I had no idea what to expect.

I had wanted to go alone, and made plans to attend panels and workshops for most of both days. However, childcare for my younger two fell through and I ended up dragging them with me both mornings. The first day, most of the workshops and panels I wanted to attend were not child friendly. Things like talks about erotica and dismemberment in the desert. Instead I walked the entire fair with them. They worked hard to collect all the freebies they could get, while I got a look around, and chatted with the people at different booths.

The main fair area was much like a street fair. Booths for all kinds of things, schools, hospitals, businesses, authors, etc. While not hugely informative, the kids had fun. In the afternoons I was with out the munchkins and I was able to attend several panels, in which I learned a great deal.

I definitely plan on going back next year (March 15-16 for those interested) and if I can manage it, without kids. If I didn’t have to feed them, I could have packed snacks for me and spent all day in workshops and panels and I think I would have gotten a great deal more out of it.

For anyone interested, check out the Tucson Festival of Books website, it has a ton of information on what goes on, both the events and the authors!