The Stable Book One
Diana Baron

Caught in a web of deceit, Caroline must run the race of her life to save her family home. Her reputation as the high society owner of the #1 stable for Ponygirls in the world is on the line. And, there’s only one man who can help her win.
Edward Hastings is steamy, passionate and dangerous. With molten brown eyes and a rock hard body, the notorious playboy could have any woman in the world, but he only wants her. The first time he’d seen Caroline dressed like a pony, he’d been enthralled. Now, nothing will keep him from her.
They strike a deal. He’ll train her if she sticks to his rules. But rules were made to be broken. The moment he slides the bit into her mouth, she knows she’s in trouble. As he ignites a fire in her body and her mind, will she make it through the week without losing her heart to him? Or will she be able to train temptation? 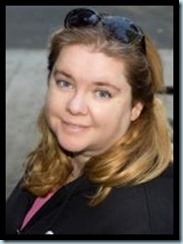 Diana began writing the moment she learned how to hold a pencil. By elementary school, she was writing and directing plays for kids in her afterschool program. Over the years, short stories piled up on her nightstand. At night, she could always be found holding a flashlight and a book under her blanket.
She studied writing and literature through high school and into the first two years of college. But then, her fascination with other cultures and religious practices took over. She has degrees in Cultural Anthropology and Comparative Religious Studies from San Jose State University and is published in non-fiction.
After college, her life took an unexpected turn. She’s currently a project manager and technical spec writer for a Silicon Valley computer company by day and a daring novelist by night. When she’s not tearing up the felt playing at the World Series of Poker, she’s traveling to her favorite Caribbean islands.