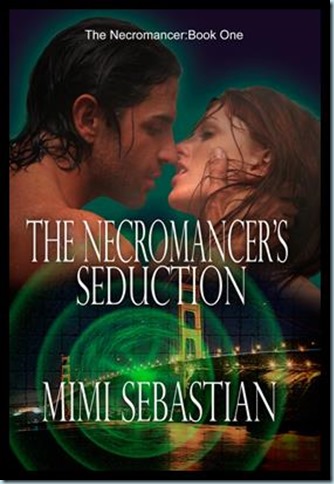 She has never feared the walking dead. It’s the power required to reanimate the dead that startles her, seduces her. The power that dwells inside her…and is growing.

For Professor Ruby Montagne, being a necromancer has brought her nothing but heartache, and she walked away from that part of her life long ago. However, her quiet existence in San Francisco is shattered when she stumbles upon the body of a slain witch, and the supernatural community insists she transform him into a revenant to track the killer. But his murder was just the beginning, and Ruby soon realizes that the stakes are higher than anyone can imagine—and that revenants have nasty minds of their own.

Now demonic creatures have escaped into the human world, and zombies once again walk the streets. For humanity’s sake, Ruby forms an unlikely alliance with a witch, a zombie, and Ewan March, a demon warrior who sets her senses on fire.

She’s always distrusted demons and Ewan is no exception, but circumstances push them closer together, and Ruby not only finds it harder to resist him, she isn’t sure she even wants to. But she suspects his job of patrolling the portal separating humans and demons conceals a dark and deadly past that may consume them both.

With events spiraling out of control, Ruby unravels a plot that not only threatens the human and demon realms, but puts Ruby’s very soul in jeopardy. Because when the dead walk, no one is safe. Especially Ruby. 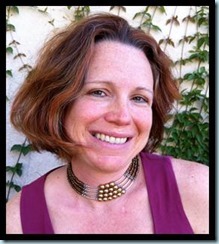 Noemi Ghirghi writes as Mimi Sebastian and raised herself on books and the strange and unusual with an unhealthy dose of comics and Scooby Doo. Loving angst-filled romance thrown in the mix, she decided to blend all those elements in a steamy mix in her first Urban Fantasy series, the Necromancer Books. The first book, The Necromancer’s Seduction, debuts July 15, 2013, with ImaJinn Books.

Noemi spent two years in the Ivory Coast with the Peace Corps and loves to introduce tid-bits from her experiences in her writing. She’s a member of Romance Writers of America and the Fantasy, Futuristic and Paranormal chapter of RWA. A transplant from the beaches of Florida, Noemi now wanders the desert in Phoenix, AZ, and attempts to balance writing with a day career, fantastic family, and household diva: her Amazon parrot.