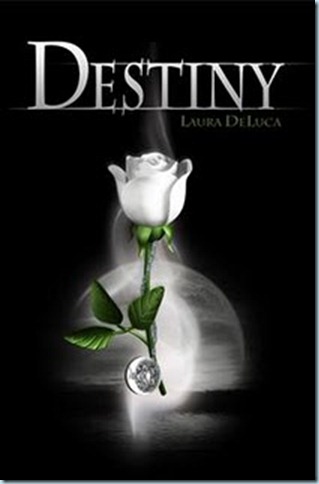 Gabriella is a witch. The problem is, she doesn’t remember. She repressed the memories of her powers years ago when her mother was murdered. Now, the warlock who was responsible for her mother’s death has set his sights on Gabriella. He is determined to use her fear to turn her to the dark side of magick…even if it kills her. Her mother’s spirit is reaching out to warn her, but even that she pushes away. Desperate to save her daughter, the spirit finds a male witch–one that just happens to be in love with Gabriella. Darron is more than willing to help but the two young witches will have way more to battle than just an evil warlock. There are overbearing jocks and petty rich girls who get tempers flaring and often set Gabriella and Darron at odds.

There is more to the story than Gabriella and Darron could even imagine. There are terrible secrets to be revealed, battles to be waged, and lives will be lost. Only after Gabriella and Darron both come to terms with who they really are, and open themselves up to the true meaning of magick, can they have any hope of fulfilling their destiny.

Her eyes scanned the room, from the pale blue sofa to the bloody dent in the wall. But she didn’t need her eyes to know Darron was there. Her heart sensed his presence before her eyes saw him lying in a heap on the ground. His body shuttered with occasional spasms, and even though he wasn’t fully conscious, his lips were twisted in a grimace of pain.

Uttering a gasp of surprise, Gabriella flew to his side. She knelt beside him, and choked back a sob as she took his hand in her own. She saw his chest rise and fall and was glad to know was alive, but she felt helpless as she watched his face contort in pain. She noticed something wet and sticky on her fingertips. She gently titled his head and saw a large gash that looked like it needed medical attention. The skin around the gash was so deeply bruised it looked almost black.

“Darron, what happened to you?”

He didn’t move or reply. Gabriella moved her hand from the cut on his forehead, and her fingers dripped with blood. She bit her lower lip with fear. She knew enough about head injuries to know that the wound could be serious. She grabbed a few tissues from a box on the coffee table, and tried to apply pressure to the wound, but it was useless. The tissues were soaked through in seconds.

“Darron?” She squeezed his hand, and fought back tears of fear and frustration. “Darron, please open your eyes. Please be all right!”

He squirmed and groaned a little in response. Looking at his contorted features, Gabriella felt incompetent and useless. She didn’t know what to do to help him. The cut must need stitches. The blood was gushing through her fingertips, and she was sure his life was slipping away just as quickly.

More than anything, Gabriella wanted to help Darron, to end his suffering. Her thoughts, her desperation, caused something deep inside of her to stir. Something that had long been napping was awoken. The power she had fought so hard to deny was forcing its way to the surface. This time she didn’t struggle against that power. Her instinct to hide from it was finally overcome by the thought of losing someone else she cared about.

Gabriella was pulling strength and warmth from the earth, as though her legs were tree roots taking nourishment from the element. A tingling sensation began in the tips of her toes and spread slowly though her body as she breathed in the essence of the element of air. Her blood flowed and grew warm, the element of water, bringing the power to the surface. She was overcome by a vigorous strength as she envisioned her spirit encircled by the element of fire. She felt so powerful that she thought she could stop the world from churning if that was what she wished. Gabriella focused the power, remembering for a moment her mother’s lessons. She looked down at her battered friend. She willed him to open his eyes and look at her. She demanded it of him.

Gabriella would have thought it was impossible, but she felt herself grow warmer. Her face dripped with perspiration. The power within her reached a climax. Then finally, when she thought she might burst, she felt the energy release. It seeped through her fingers, and shined with an illumination that only she could see. She heard herself chanting unfamiliar words, and scarcely recognized her own voice.

“By the power of earth, water, fire and air,

Heal this man who’s in my care.

Gabriella repeated the words three times. Three was the number of power. Then she watched as the wound on Darron’s forehead healed before her eyes, becoming smaller and smaller, until finally it was gone. The blood was still warm and sticky, but beneath the blood, the skin was smooth and unmarred. Even the horrible bruise had vanished. Gabriella stared in open astonishment, marveling at the work she had done. 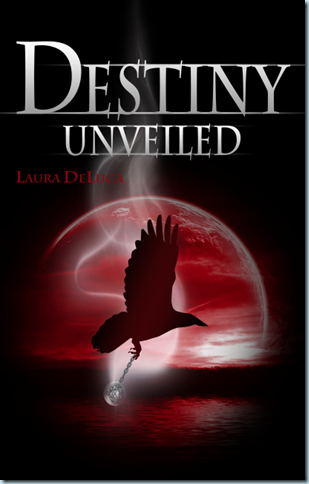 Gabriella and Darron thought their magickal battle was over when they defeated the evil warlock, Richard. When her Aunt Donna seeks Gabriella’s help in rescuing her catatonic daughter from the Dark Coven, Gabriella discovers that her cousin holds a power within her that would be catastrophic in the hands of the evil witches. Gabriella’s coven sets out on a journey that may be their last. Along the way, they meet new allies, face devastating treachery, and battle not only the Dark Coven, but the darkness within themselves. When Gabriella finally comes face to face with the cousin she never knew existed, her true destiny is unveiled, and the fate of the mortal world is in her hands.

After collecting the offering from his followers, the leader returned to the center of the circle and the waiting initiate. With one quick motion, he sliced open his own palm. He held his hand over the cup, letting his blood drip slowly into the chalice, until the wound miraculously healed before Darron’s startled eyes. When the chalice was full, he carried it to the eager initiate who took the cup firmly into his hands and tilted it towards his lips.

“As this blood makes you one with our flesh, so your soul follows to become one with the darkness,” the English voice intoned.

As the initiate drained the last of the liquid in the chalice, his hood fell away, revealing a blonde ponytail pulled back over a pale white face, made even paler by the outline of bright red blood around his lips. Darron watched in stunned, horrified silence as his own face turned to meet his gaze. Eyes turned as black as coals stared back at Darron with a grim smile of satisfaction.

“Rise Darron,” the leader commanded. And as he spoke, he lifted the hood from his head. Rise brother of the Dark Coven.”

Laura “Luna” DeLuca lives at the beautiful Jersey shore with her husband and four children. She loves writing in the young adult genre because it keeps her young at heart. In addition to writing fiction, Laura is also the sole author of a popular review blog called New Age Mama. She is an active member of her local pagan community, and has been studying Wicca for close to eight years. Visit her on her websites at http://authorlauradeluca.blogspot.com or http://newagemama.blogspot.com .