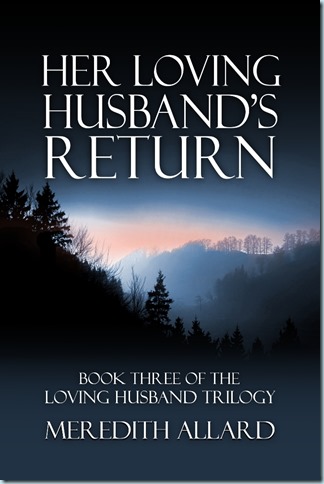 “I need to get home,” James said aloud.

He heard shuffling behind the wooden plank that separated his quarters from the rest of the barrack. “We all need to bloody well go home,” he heard.

What would you do to return to the only one you have ever loved?

James Wentworth’s secret is no longer a secret, and now he and his beloved wife, Sarah, have been separated. While suffering his own internment, James is reminded of his time with Japanese-Americans in the Manzanar Relocation Camp during World War II, and he cannot allow the past to repeat itself. With the help of his friends—Chandresh, Jocelyn, Timothy, even the irreverent Geoffrey—James learns what it means to return, and he is determined to return to his Sarah no matter the challenges—or the consequences. Will James and Sarah be reunited once and for all despite the madness surrounding them? Will James’s most fervent wish be granted? The changes in store for the Wentworths may be irreversible.

In seventy years so little has changed. Then, the gate was taller than the tallest person, electrified, eager to shock to the death. Looming above the fence were eight high-standing towers with armed guards with submachine guns who looked down upon the people as though they could be, should be shot for amusement’s sake. They were at one with the enemy across the Pacific Ocean, many decided. They had to be. They were traitors. They were spies. How else can we separate the good ones from the bad ones? How else can we know the loyal ones from the conspirators? We must round them up like cattle and pen them here where they’re safe from us and us from them.

Looming above the barracks, higher than the gates, beyond the guard towers, were the mountains. Always the mountains. They encompassed everything within their distance—one vast, jagged, granite wall stretching toward the heavens from the deepest valley in the Americas, cascading Vs flecked with icy snow, unmistakable even through the wintry clouds. The mountains were everything everywhere. If the gates, the guard towers, and the armed military police weren’t enough to remind you that you were a prisoner here, the mountains shouted your helplessness. You are here, the mountains said, and we will trap you here forever.

I remember when the bus stopped near the guard station, a lonely shack at the edge of the camp, one window on either side, misshapen rocks slapped together with mortar, a pagoda-style roof. The guards spoke to the bus driver and barked directions as though the people inside were orange-clad prisoners linked by irons, but they were only families—fathers, mothers, children, grandparents. I remember the anxiety in those inside the gate, their quick-scanning eyes wide as they drew as close to the barbed-wire fence as they dared, searching those on the other side for missing family or friends. I remember the fear in those outside as they stepped off the bus and shivered in the bitter desert cold. Their clenched hands grabbed hold of family members and they stared without seeing the nighttime landscape of brush and tumbleweed that promised blinding dust storms, the horizon flat until the mountains. Always the mountains. The bewildered people outside clutched their bundles of luggage, all that was left of their former lives. The people from the buses were herded inside, shouted at, tagged and numbered. Already they were losing themselves. When the gate slammed and locked behind them they looked toward the outside as though they would never be free again.

So, yes, I have been here before. I have walked this arid wilderness. I have heard the sand blow a maddened howl in the night. I have seen the white-glow moonlight reflect the saw-toothed horizon. Through it all, the mountains have remained the same. After all, what is seventy years to a mountain range that has watched millennia pass away? Now, the gates are taller since they guess we can jump anything less. Now, the gates have silver coating, the barbs deemed no longer necessary since they guess the barbs cannot pierce our preternatural skin. Now, the military police carry guns with silver bullets, which we secretly laugh at. Now, I am the one who has been carted away, considered too unpredictable to be out among polite society. Yet the barracks, the mess halls, the natural barrier of the mountains between us and everyone else in the world…so much of it is the same. There are nights when I cannot make the distinction between then, when I was here from compassion, and now, when I am the one encaged. But do not worry for me, my love. Now, with this silver-coated gate and these imposing mountains between us, I am reminded all too strongly how I cannot be without you. Soon, Sarah. I will hold you in my arms soon. Be patient this little longer, my love, and I will return to you. I will.

How far will you go to protect the one you love?

Finally, after many long and lonely years, James Wentworth’s life is falling into place. Together with his wife, Sarah, the only woman he has ever loved, he has found the meaning behind her nightmares about the Salem Witch Trials, and now they are rebuilding the life they began together so long ago.

But the past is never far behind for the Wentworths. While Sarah is haunted by new visions, now about the baby she carried over three hundred years before, James is confronted with painful memories from his time with the Cherokee on the Trail of Tears. Through it all, the persistent reporter Kenneth Hempel reappears, still determined to prove that the undead walk the earth. If Hempel succeeds in his quest, James and Sarah will suffer. Will the curse of the vampire prevent James and Sarah from living their happily ever after? 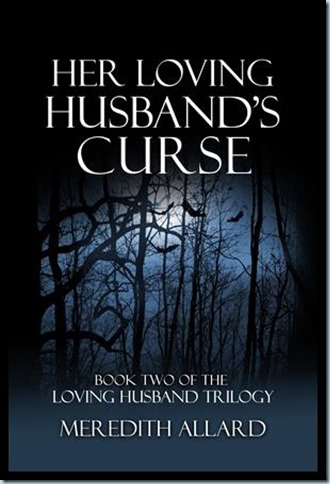 Her Dear and Loving Husband

James Wentworth has a secret. He lives quietly in Salem, Massachusetts, making few ties with anyone. One night his private world is turned upside down when he meets Sarah Alexander, a dead ringer for his wife, Elizabeth. Though it has been years since Elizabeth’s death, James cannot move on.

Sarah also has a secret. She is haunted by nightmares about the Salem Witch Trials, and every night she is awakened by visions of hangings, being arrested, and dying in jail. Despite the obstacles of their secrets, James and Sarah fall in love. As James comes to terms with his feelings for Sarah, he must dodge accusations from a reporter desperate to prove that James is not who, or what, he seems to be. Soon James and Sarah piece their stories together and discover a mystery that may bind them in ways they never imagined. Will James make the ultimate sacrifice to protect Sarah and prevent a new hunt from bringing hysteria to Salem again? 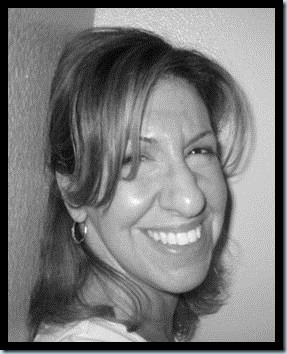 Meredith Allard is the author of The Loving Husband Trilogy, Victory Garden, Woman of Stones, and My Brother’s Battle. She is the executive editor of The Copperfield Review, an award-winning literary journal for readers and writers of historical fiction. She lives in Las Vegas, Nevada.