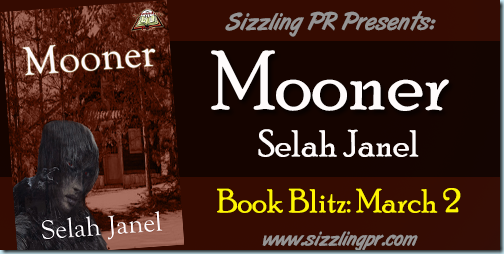 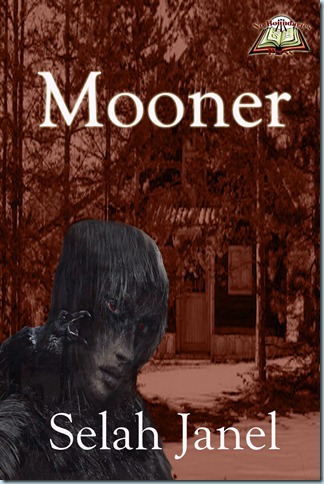 Like many young men at the end of the 1800s, Bill has signed on to work in a logging camp to earn a fast paycheck to start his life. Unfortunately his role model is Big John, the camp’s golden boy known for blowing his pay as fast as he makes it. On a cold Saturday night they enter Red’s Saloon to forget the work that takes the sweat and the lives of so many. Red may have plans for their whiskey money, but something else lurks in the shadows, something that badly wants a drink that has nothing to do with alcohol. Can Bill make it back out the shabby door or does someone have their own plans for his future?

For a moment, Bill thought he was imagining things or was having a particularly bad reaction to the rot gut. Blinking a few times refocused his tired gaze and proved there was, indeed, a moving pile of…something at a table close to the other end of the bar.

Nancy shuffled back towards the bar, casting a wary look over her shoulder. “Red, he’s back,” she breathed as she scooped up another tray and fled to the other side of the room. Upon closer inspection, the youth realized it wasn’t a pile of something, but a figure draped in a patchwork of skins then cloaked with half-torn, moldy furs. Most who passed his way quickly avoided him, though whether it was because of his odd looks or his smell, it was hard to say.

Red hissed through his teeth and ran a sweating hand through his thick mane. “Tom Haskins,” he mumbled under his breath for the benefit of those crowded round him.

“I thought he lived on the edge of town,” Jack replied as he glared down the length of the bar.

“He tried to start a dry goods store, and it didn’t go over too well. He had it in his mind he could make up his loss with fur, though he ain’t no trapper. He moved out to the woods weeks ago and comes into town every so often to hang round and get his fix. Just when I think he’s finally died out there, he comes round again.” Not once did the saloon proprietor take his eyes off the body hunched over a table. Every breath made Tom’s ragtag cloak shudder, and every moldy hair on him quivered.

“You want me to kick him out?” Jack offered, already shifting his weight across the room.

“Nah, let him warm up at least. He doesn’t do much; just pesters everyone for drink now that he can’t afford it for himself. Give him time, and he’ll be up to his tricks.”

Bill couldn’t stop looking away. The pile of sloughed animals slumped as the man’s head rose. His skin was a cold grey and stretched taught across his face and hands. His hair had all but fallen out, but what was still left of it hung in clumps of long, ragtag strands that were paler than dried straw. His thin-lipped mouth was open and he sucked in air in painful, erratic pants.

“Look at ‘im! Actin’ like a piglet pulled away from its ma’s teat!” Big John sneered. “I bet his clothes are fulla maggots!”

“It’s too cold for maggots,” Ben snorted. “His clothes are thin. Wonder how the hell he stands bein’ out in the woods in weather like this.” “We do it,” Bill muttered. The recluse’s head jerked at the sound of his voice; the young man immediately snapped his mouth shut.

“Yeah, but we’re used to it! And younger’n he ever was!” John’s voice was purposefully loud and carried the haughty tone that won him admiration from the other loggers. “He’s durn crazy, that’s why he don’t notice.” He cocked his head Tom’s way with a sneer. “All that time on your own turn you yaps, man?”

Tom’s head very slowly shifted towards them, and Bill shuddered. There were days he’d survived the logging camp and the extreme conditions by will power and prayer alone, all the while wondering in the back of his head what it would be like if he didn’t have even that. Looking at the vagrant, he knew.

Ben was cursing behind them. “I saw him not more than a month ago and he didn’t look like that. Solitary life don’t turn a man in that short a’ time! Maybe he’s got rabies or fever n’ ague.”

Tom’s eyes sat so far back in his skull, it was impossible to tell what color they were, though they harbored a steady, unsettling gleam. They roved over the huddled group, searching hungrily for an easy mark. Bill’s heart plummeted to his boots when the hollow glitter locked onto him. He was suddenly as cold as he was when a seventh-year blizzard hit. All the frustrations and hell he’d endured since joining the logging team, all his good intentions and reasons, all he was trying to move forward to, swelled and jumbled together in a brief, howling wind of thought. The two distant stars in Tom’s eyes were the only thing that pegged him as a stable man in his otherwise rotting and dozy appearance.

All around the little group, the saloon’s weekend life went on. The distant sound of swearing and dice clattering across the floor mixed with discordant harmonies and a half-hearted mouth organ. But in the area by the bar, all was muffled and still. It was like the snows had come without warning over the forest, smothering everything in their path with chilled silence. Bill shuddered, and out of the corner of his eye, noticed Red do the same.

“You want I should knock his ears down, Red?” John’s bravado was the sudden yell that knocked the snow from the treetops, for better or ill. He had the relaxed look of a man who’d been in his cup just enough to throw caution to the wind. “I’ll toss him out and give ‘im a pat on the lip he won’t forget!”

“Leave be, John,” the barkeep muttered. His hand never stopped wiping down the bar. Though his head was tilted down towards his task, his eyes were set on their target across the room.

“What…what you want me to do for a drink?” At first it didn’t register that that thing, that man, had actually spoken. His voice was high and reedy, and cracked the way the thinnest ice along the river did.

“What you want me to do for a drink?” His lips cracked when his mouth moved. A thin trail of spittle dripped off his lower lip and was quickly caught up by the tip of the derelict’s seeking tongue. The distant gleam in Tom’s eyes burned as his mouth formed the last word. Otherwise, it was hard to even say how he’d made it into the saloon; he looked more than a little dim.

Selah Janel has been blessed with a giant imagination since she was little and convinced that fairies lived in the nearby state park or vampires hid in the abandoned barns outside of town. Her appreciation for a good story was enhanced by a love of reading, the many talented storytellers that surrounded her, and a healthy curiosity for everything. A talent for warping everything she learned didn’t hurt, either. She gravitates to writing fantasy and horror, but can be convinced to pursue any genre if the idea is good enough. Often her stories feature the unknown creeping into the “real” world and she loves to find the magical in the mundane.

She has four e-books with No Boundaries Press, including the upcoming novel ‘In the Red’. Her work has also been included in ‘The MacGuffin’, ‘The Realm Beyond’, ‘Stories for Children Magazine’, and the upcoming Wicked East Press anthology ‘Bedtime Stories for Girls’. She likes her music to rock, her vampires lethal, her fairies to play mind games, and her princesses to hold their own.